In 2021, the Intergovernmental Commission on World Heritage decided to include the major spa towns of Europe in the UNESCO World Heritage List inclusion. “The Great Spa Towns of Europe” includes eleven cities in seven European countries: Baden near Vienna in Austria, Spa in Belgium, Karlovy Vary, Frantiskovy Lazne and Marianske Lazne in the Czech Republic, Vichy in France, Bad Ems, Baden-Baden and Bad Kissingen in Germany, the city of Bath in the United Kingdom, and Montecatini Terme in Tuscany in Italy.

All of these towns developed around natural mineral springs and are witnesses to the European spa culture that developed in the early 18th century and lasted until the 1930s, contributing to the emergence of major international spas. The associated facilities include gardens, salons, casinos, theaters, hotels and villas, as well as special infrastructure for spa operations. All these buildings are integrated into an urban context that also includes a therapeutic and recreational environment. The Great Spa Towns of Europe represent an important exchange of innovative ideas that have given impetus to progress in the field of medicine and balneology, as well as to the growth of leisure activities through the development of natural springs and the development of towns and infrastructures dedicated to health, and have promoted the development and popularity of spas throughout Europe and the world.

Historically, the thermal baths developed from the second century BC and in the Roman era represented one of the most important meeting places and places of recreation for the entire population. The first spas were built in places with natural springs of hot or healing water. In the imperial period, thanks to the technical progress in the development of water heating technologies, the thermal baths became an essential part of the cities. Underground fireplaces were used to heat the water and expel hot air from the spaces under the floors.

The great European spa towns founded around natural mineral springs are an exceptional testimony to the phenomenon of European balneology, which reached its peak between the 18th and the first decades of the 20th century.

A characteristic element of this phenomenon is the combination of open-air baths and therapeutic services with a wide range of leisure activities, reflected in a specific structuring of the spas and their architecture.

Montecatini Terme in Italy was added to the prestigious Unesco list by decision of the World Heritage Committee, becoming the 56th Italian site. The Unesco World Heritage.Committee recognized the site as an exceptional testimony of spa culture.

Montecatini Terme is one of the most famous spa towns in Italy. Located in the province of Pistoia in Tuscany, it is one of the most important tourist centers of the region.
Although the thermal waters were already appreciated by the Romans, the first urban settlements around the central area of the spa are due to the Grand Duke of Tuscany Pietro Leopoldo, who also commissioned the construction of the spa between 1773 and 1783. Together with the facilities, a wide avenue lined with elms was built, which later became one of the symbols of the city.

At the beginning of the 20th century Montecatini began to transform itself into a spa town, also thanks to the work of the architect Giulio Bernardini, who, following the example of other spas in Switzerland, Bohemia and Germany, built some emblematic buildings such as the Terme Tamerici, the Terme Excelsior and the public park.

From this period come the large hotels and many structures related to leisure and relaxation. At the beginning of the 20th century, the style known in Italy as Liberty style was the most popular; and in fact, in Montecatini we can still see numerous buildings characterized by the grace and elegance of the Liberty style.

The thermal baths of Montecatini are fed by four springs that rise at a depth of over 60 meters. From each of these springs flows a water with its own characteristics, different from the others, so much so that they have been given four different names: Leopoldina, Regina, Tettuccio and Rinfresco. 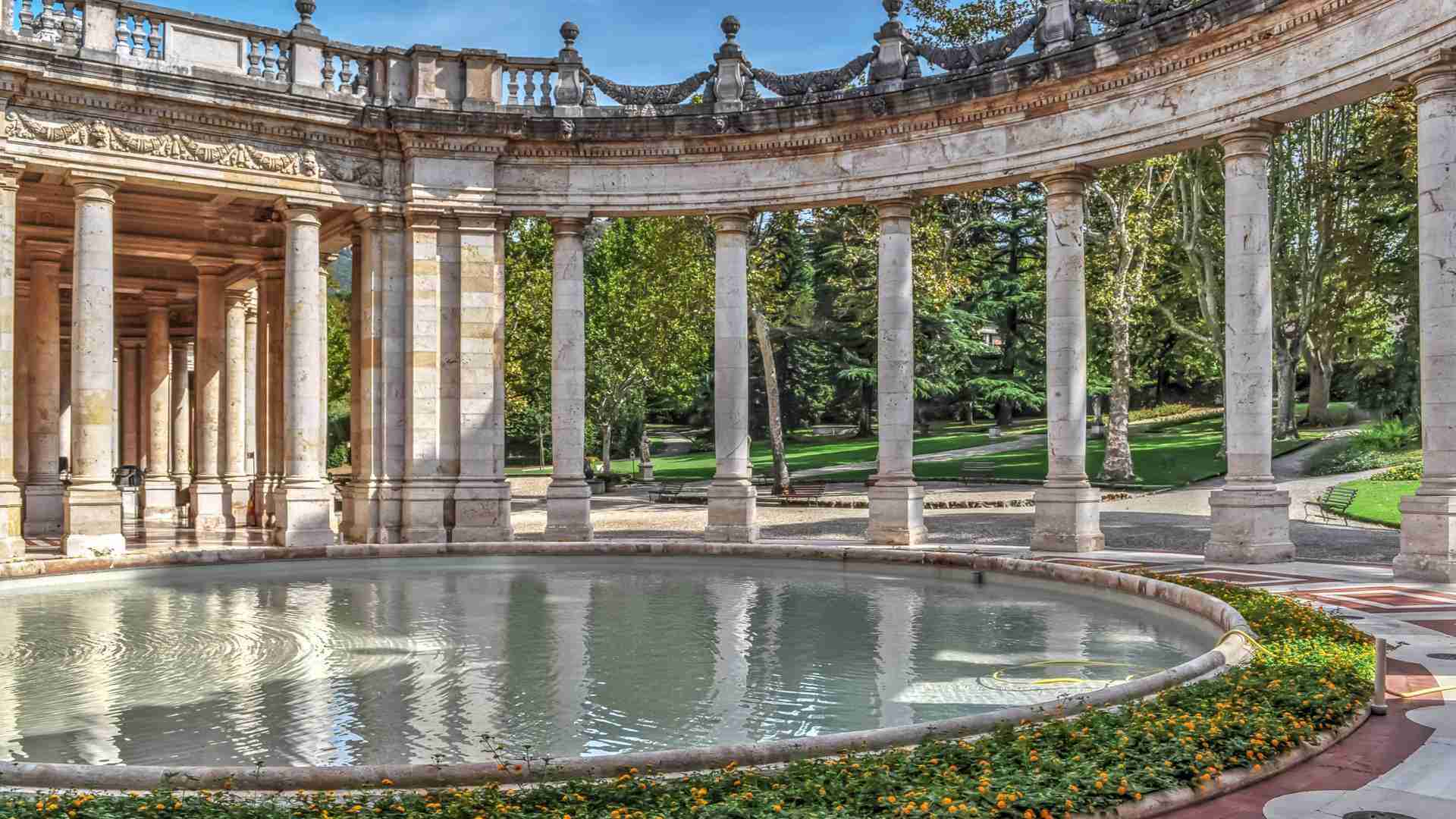 Golf clubs, top hotels, attractions and the best restaurants for your golf vacation in Tuscany, Italy.