Lake Garda Island, also known as Borghese Cavazza Island, is the largest of the five islands in the Lake Garda.

Isola del Garda is located about 200 meters from Capo San Fermo, a promontory that separates the Gulf of Salò from the Baia del Smeraldo bay. The island has been inhabited since Roman times and was then known as Insula Cranie. It was for a long time a refuge for pirates who attacked the boats that sailed the routes of Lake Garda.

In the year 879 it was given to the friars of San Zeno from Verona given. The island hosted illustrious personalities, from St. Francis of Assisi to St. Anthony of Padua, Dante Alighieri and St. Bernardino of Siena. Over the years it became an important ecclesiastical center of meditation and housed a school of theology and philosophy until 1778.

After passing to the State, the property changed numerous owners over the years, around 1817 the Garda Island came into the possession of Count Luigi Lechi of Brescia and to later pass into the possession of Duke Gaetano de Ferrari of Genoa, who made important architectural changes. In 1927 the island was inherited by the family of the Counts Cavazza, who still live there and take care of the park and the preservation of the palace, which since 2002 is also open to the public.

Villa De Ferrari was built between 1894 and 1901 at the behest of the Duke of Genoa Raffaele De Ferrari on Isola di Garda, the largest island in the lake, on pre-existing buildings (the island was in fact inhabited since pre-Roman times). The villa was inspired by the residences in the Venetian lagoon and is the only present example of neo-Gothic architecture on the Lake Garda in this style.

The park, which is located next to the building, consists of small bridges, canals and artificial caves and ancient settlements. Lake Garda Island Borghese Cavazza officially belongs also to the Club Grandi Giardini Italiani. 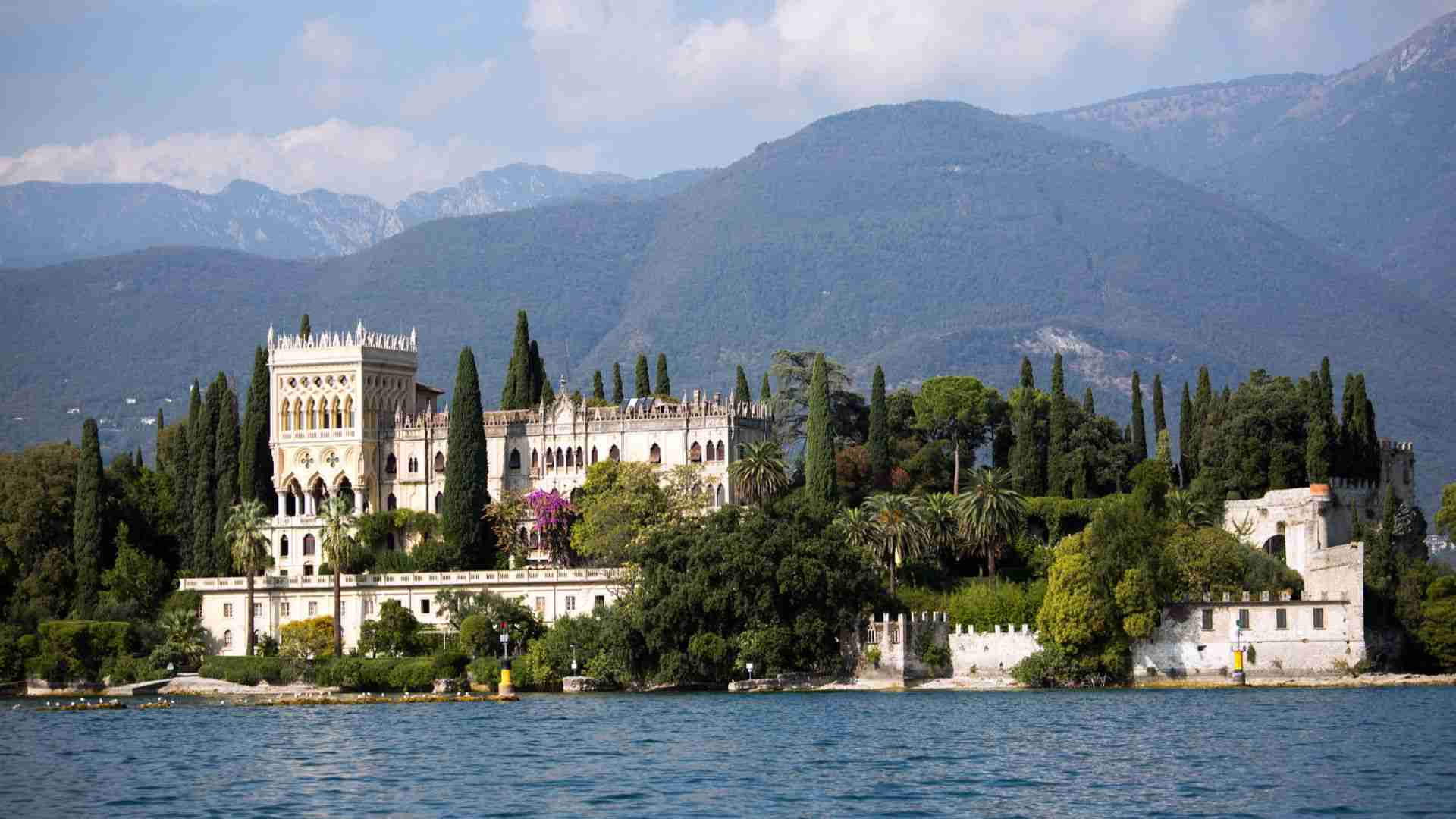 for your golf vacation on Lake Garda, Italy.